We as a team exist since 2012 and we fell in love with each other not in Switzerland but in Cusco, Peru. Quite fitting for two travel bug infected people like us.

We actually met some years before on a house warming party but not all of us remember a lot from that night. After that Martin left for one and a half years to the States and shortly before he came back Xenia flew for ten month to Central and South America. There she met a common friend with who she travelled for some month through Latin America. Martin was planning something similar: With his friend and their motorbikes they would travel for 6 months all over South America.

At one point the girls figured out that they would be in Peru by the same time as the boys and therefore they decided to meet in Cusco. This plan actually worked out and after a great ride out with Martin and his Ténéré, he could convince Xenia that he might be a good match. Martin travelled some more months and Xenia flew back to Switzerland. Shortly after Martin was back home, we became a couple and also moved together just a few month later.

After many trips together to the Balkans, Oman, Iceland, Philippines, Indonesia, Morocco and Tanzania, we decided it was time to do something big. Therefore we started to plan our round the world trip with our motorbikes.

In February 2017 we left Switzerland and since then we are on the road together. 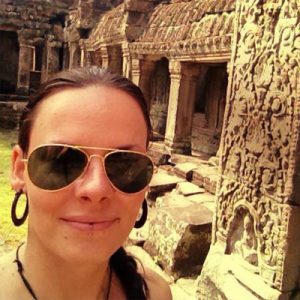 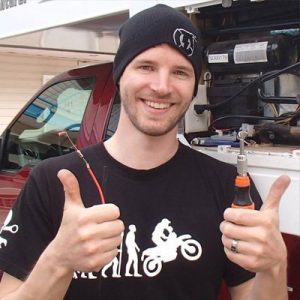